"This will be one of if not the greatest, strongest, and most detrimental hurricanes that Florida has ever seen." - Anderson Cooper, CNN "The largest evacuation in history from the state of Florida is happening right now as people are trying to escape for their lives." - Sean Hannity, Fox News

These were just two of the statements with thousands of other warning reportings being heard over the radio and tv as Hurricane Irma closed in on us in Southwest, Florida. Hurricane Irma was destined to hit our area early September right after we had closed on our new house just weeks before and after moving to Florida just months earlier. I have to admit, one of my greatest fears when we decided to relocate our family to Florida was "what if a hurricane hits?" to which everyone we met including my realtor (go figure) was diminishing hurricanes and how they never have them and how they're never a big deal. Then, all of a sudden it felt like we signed the dotted line to close on our house and we began hearing the warnings of the most dangerous hurricane headed right for our home. Not only was my home and all of our belongings in jeopardy but my husband is an executive in healthcare and had informed me that he would not be leaving in the event they had to evacuate thousands of people. Leading up to the actual week of the hurricane it felt like a waiting game. Was this really going to be as bad as everyone is saying? Coming from Georgia, I had no idea what hurricane shutters are and how do you put them on your house? Luckily, when we bought the house it came with an organized metal shutter system that have to be individually placed on all windows and doors and porches, but we still had no idea how to put them on. When I say storm shutters - I don't mean light wood cute little shutters. These are massive 12 foot x 2 foot sheets of metal that have to be slid into grooves and then hand screwed into a bolt that you slide through the grooves. Each window took approximately 5 sheets of the 12 x 2 metal shutters to cover just that one window. The week of the hurricane, no one in our neighborhood had really put their shutters up. There seemed to be this mutual feeling of everyone sort of looking to see if the others had become anxious enough to put theirs up yet. We felt like if no one else has put theirs up then maybe we just need to "do as the Floridians do" and not get too worked up. It was the calm before the storm where no one really seemed to be preparing. Cameron and I finally said to one another that let's be safe instead of sorry and go ahead and put ours on in the event something happens and we can't be here to get them on. He and I worked all through the night to get them on, taking us hours to get them up. (We had a wonderful neighbor help take them down!) We boarded the house and garage up like a fortress. It all seemed surreal when you're walking around your house in broad daylight but you can't see outside because your brand new house is boarded up.

Cameron stayed faithful and true to God, he kept his focus on God, he did not panic, he did not waiver, he was solid the whole time doing what was right even though so many others left him, he stayed and made sure the lives he felt responsible for were safe. He is a hero in my eyes.

There are many parts to this story that I'm not at liberty to share due to the nature of healthcare but I can tell you that my husband is the greatest man I've ever known and we are so blessed to call him ours. We survived our first (and hopefully last) Hurricane Irma. To hear the locals say, "we are officially Floridians" now that we've pulled through our first massive hurricane. When the reality sets in that you could lose everything dear to you it certainly causes you to think differently about life. The things I saw during this process and witnessed humans fight for water and gasoline truly causes you to realize how fragile our society is. When there's no food anywhere, the grocery stores have no food, the generators run out because they have no fuel, and you become stranded with no gas, no grocery store to walk to and no money to pay with once you arrive somewhere that may be open its a wake up call. I do believe that after living through this I will always live with a preparedness mindset. Moreso than being prepared with gas and water, it urges me to say to also live in a preparedness mindset with your families and loved ones that you never know when something could happen to cause you to never see them again and to also live in a preparedness state in your life with Jesus Christ as you never know when you could be the one that the story is about on the local news. I know that's not what any of us want to hear, but life is fragile. It's not fear based for me, its a reality that I've lived through and I believe God brings us through things in life to develop us. I fully believe that Cameron lived out one of his purposes in life that day - to stay and make sure so many who could not fend for themselves were safe. We never know what storms will come in our lives, but through it all the scripture I held onto the most was Daniel 3:18, "Even if He does not (save us), He is still our God." I prayed, wept and pleaded before the Lord and over and over the words that Even if HE does not.... He's still my God. Sometimes in life, we don't get the response or the ending that we desired. But even still, He is a good God. God has proven Himself to my family over and over through the years. We will always give Him Glory for rescuing us and for the protection He provided to our family during Hurricane Irma. God is faithful and I'm so grateful for all that He's provided to my family during this season in Florida. In our short time here, this season has brought blessing, provision, experience, leadership, development - it's been nothing short of an incubation season that has increased us in all the right areas and decreased us in all the right areas and I can't wait to see all that God has for us in the future. Living the blessed life with my family is something I'll never take for granted. This certainly was one of the most crucial moments in my life that I believe we will be learning from for years to come as we continue to process all that occured. Hug those you love a little extra and pray for those who may be in a storm of some kind today. 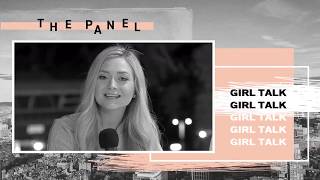